Nigeria’s journey with foreign debt became noteworthy in the 1950s when the Nationalist wave swept through Africa to spark the independence of Nations from their colonial masters.

A World Bank delegation visited Nigeria in 1953 to appraise the country’s development potential and to make recommendations for practical steps to accelerate development. The recommendation yielded a £185m facility that funded transportation and communications, public health, education, and other social or more directly productive services and for the construction of public buildings. The expenditure sparked a 3% growth rate in GDP.

The constraint to growth during the period was a general shortage of technical and managerial skills, rather than finance which the government partly alleviated by hiring more European contracting firms and engineering consultants to supplement the Government’s own technicians. 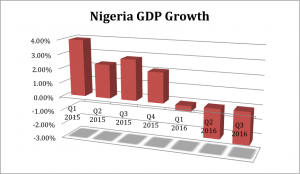 A statement from the World Bank in 1953 will sound familiar to many Nigerians in 2018. The region director stated “The long-term prospect for continuing economic progress is contingent on the Nigerians’ success in eliminating tribal or regional antagonisms and maintaining reasonably high standards in public administration”.

He appears to have been a little too optimistic about Nigeria’s ability to pursue collective goals over self-interest by further stating “Although the imminent transition to independence must inevitably introduce some elements of uncertainty into the country’s economic and political development, these risks do not appear unreasonable”.